skip to main | skip to sidebar

A Prayer to Our Father

When I read Meet the Rabbis: Rabbinic Thought and the Teachings of Jesus by Brad H. Young, I was introduced to the idea that the prayer Jesus taught his disciples, commonly called the Lord's Prayer, was very much like the prayer that ancient teachers of Judaism taught their students. I had read the Shemoneh Esreh and noted that, like the Lord's Prayer, it starts and ends with prais and worship. The Shemoneh Esreh also contains prayers surrendering to God's as King, requests for God's provision and care, prayers asking for forgiveness and guidance. This ancient Jewish prayer is indeed very much like the Lord's Prayer.

I thought that Prayer To Our Father: Hebrew Origins of the Lord's Prayer by Nehemia Gordon and Keith Johnson would complete or at least add to my initial investigation into the Jewishness Lord's Prayer. And, I was right. But, it did it in an entirely different way. Nehemiah Gordon is a Karaite Jew. For those unfamiliar with Karaitism, just think of them as Jewish men and women who have fully embraced the sola scriptura. Arguments about the value and place for traditions of man are not the sole property of the Western Church. Because Gordon is a scripturalist, the book focused on words, the history of words, and putting those words in the culture of the ancient Jewish man and woman. I love words!

"Matthew composed his history in the Hebrew dialect, and everyone translated it as he was able." ~ Papias of Hierapolis

St. Jerome testified that the Nazarenes used a Hebrew Matthew as late as the 4th century. Gordon and Johnson argue that the Shem Tov Matthew descended from one of these ancient Hebrew documents (rather than being translated into Hebrew from a Greek source). They then go on to analyze each phrase in the Lord's Prayer, or the Avinu (Our Father) Prayer. The style of writing is autobiographical. And, for those interested, there of photos on facebook of the sites that the authors visited in Israel while researching the book.

Our Father in Heaven.

May your name be sanctified.

May your kingdom be blessed.

Your will shall be done in heaven and on earth.

Give us our bread continually/daily

Do not bring us into the hands of a test,

and protect us from all evil.

This is an excellent book; I highly recommend it.
Posted by Julie at 7:12 AM

Julie
A stay-at-home, home schooling mom who agrees significantly with this quote:

"I would be the most content if my children grew up to be the kind of people who think decorating consists mostly of building enough bookshelves." ~ Anna Quindlen

The name of my blog, Gentle Traveler, is really a dream remade. I had always said that if I ever had a little girl I would name her Damaris Sojourner. Damaris means to tame or gentle. And, of course the word traveler comes from Sojourner. I never gave birth to a child. The children I parent all were named by their mothers, a gift we chose to leave intact when they were adopted into our family.

Out of Many One Family I started blogging after leaving my professional life to parent my children. Blogging is my virtual creative and adult outlet! 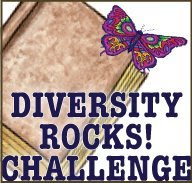